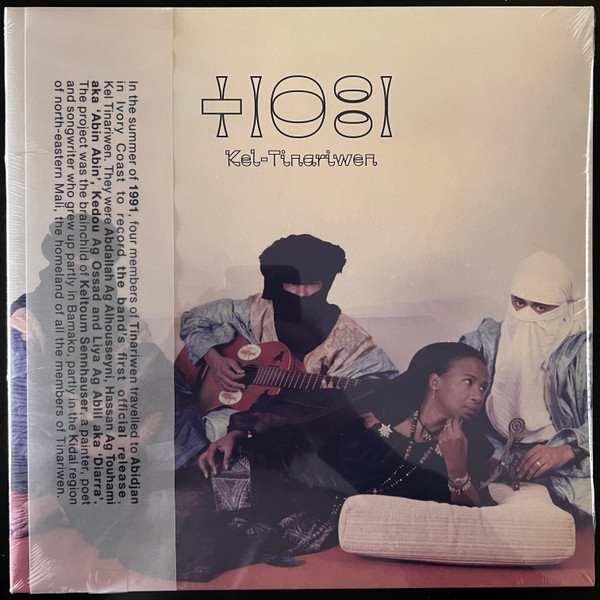 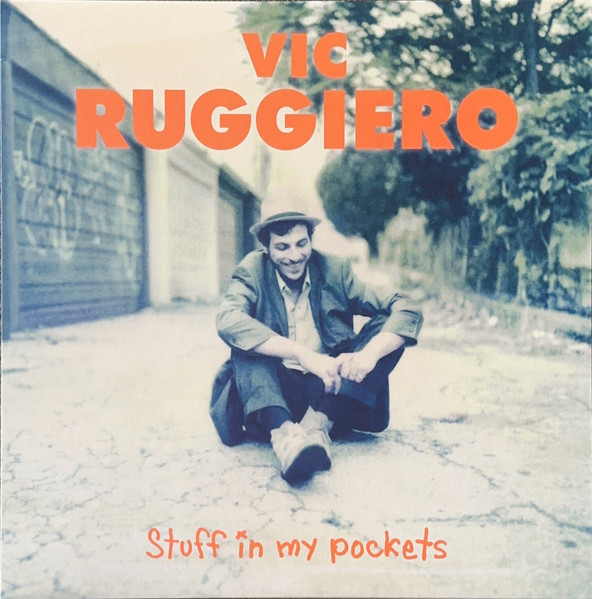 Vic Ruggiero – Stuff In My Pockets (LP)
"The first edition of the vinyl is limited to 550 copies and comes in a wild mix of colors and with an inlay with pictures and lyrics."
22,90 €* 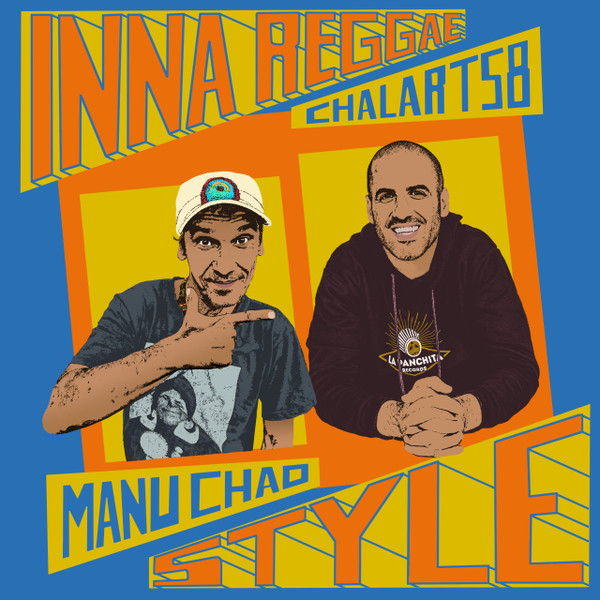 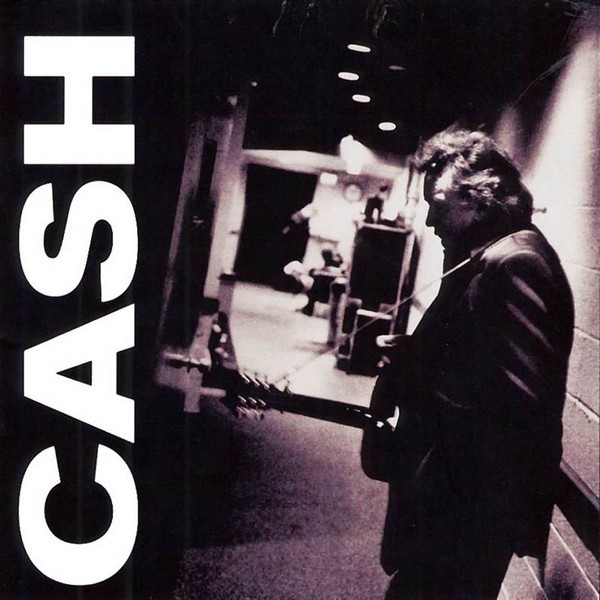 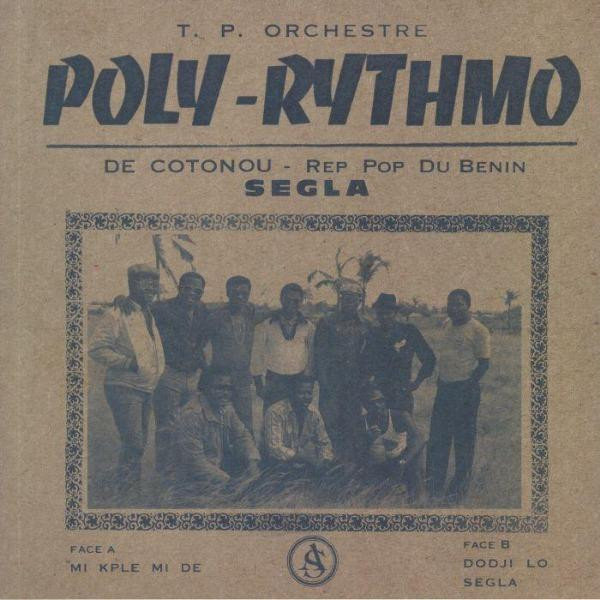 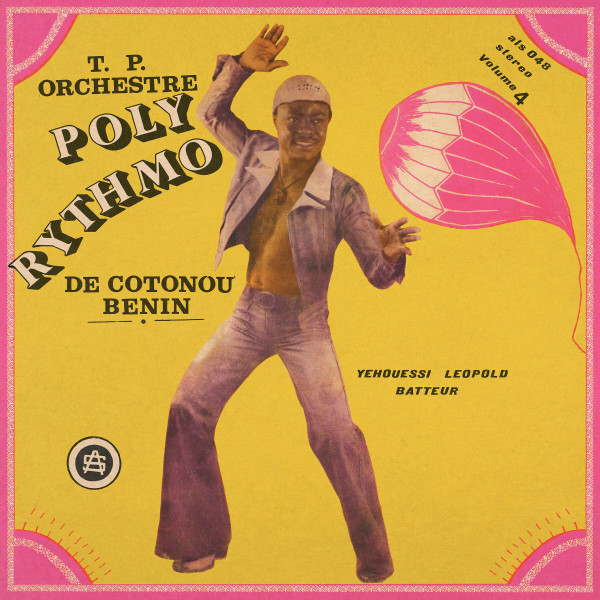 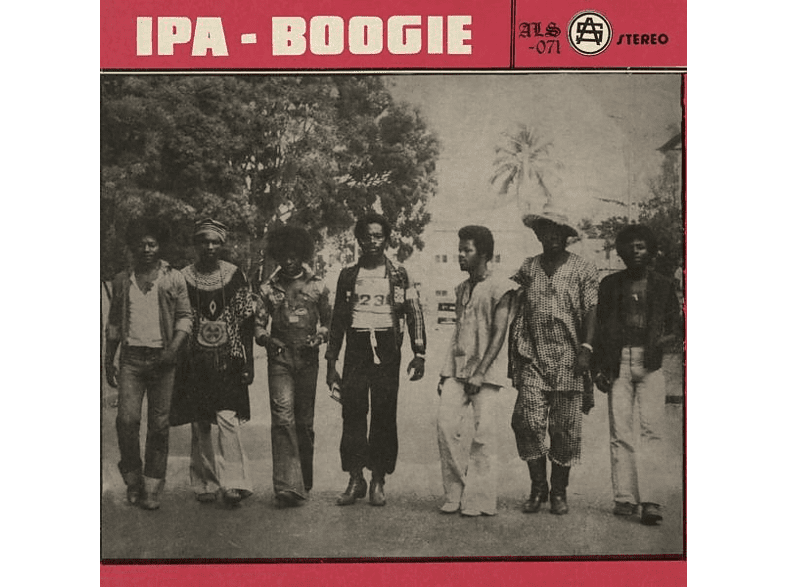 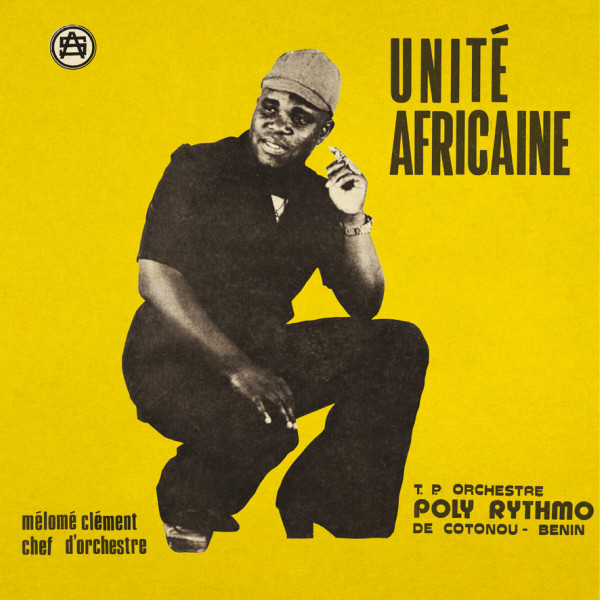 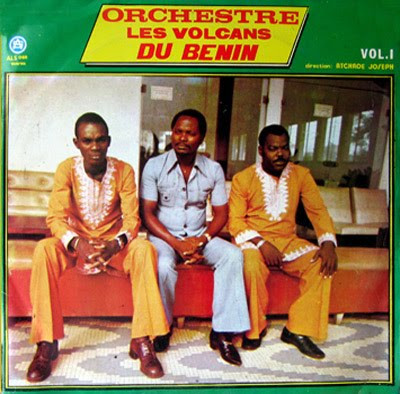 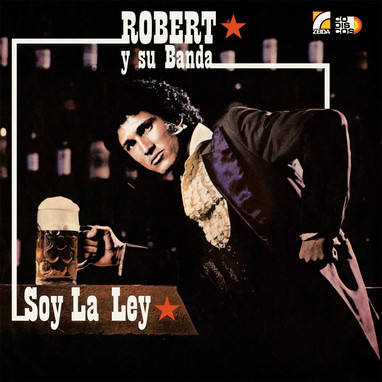 Robert Y Su Banda - Soy La Ley (LP)
"Released in 1978, “Soy la ley” by Robert y su Banda is an obscure but sought-after slab of Colombian salsa dura with the special distinction of having the “original” version of Álvaro José “Joe” Arroyo’s monster hit ‘Rebelión’ hidden in plain sight on the second side of the record. The band’s leader, Roberto Antonio Urquijo Fonseca, is still active today and, hailing from Barranquilla, Colombia, is as steeped in the costeño sound of cumbia as he is in salsa. Roberto certainly has a perfect voice for salsa, bringing to mind that of the Boricua super star sonero Héctor Lavoe. In fact, Roberto y su Banda are well remembered by salsa fanatics in Medellín because they were the other act (along with Piper Pimienta and his orchestra) that opened the first Colombian performance of Héctor Lavoe, on the afternoon of July 29, 1978 at the Plaza de Toros La Macarena. Roberto was also one of the vocalists and co-founders (with Hernando Barbosa) of the short-lived La Bandita, where he was known as “Urquijo” and had a big hit with ‘Libre soy’ in 1979. Prior to that, Roberto replaced Juan Piña in Los Hermanos Martelo in 1975 and later joined Grupo Raíces in the 1980s for a couple of albums. He also became a vocalist with Grupo Niche when Alfonso “Moncho” Santana quit, though he left without appearing on any Niche releases. On this album the previously mentioned ‘Rebelión’ of Joe Arroyo kicks off side two but bears the completely different title ‘El Mulato’ and is credited to Adela Martelo de Arroyo, Joe Arroyo’s wife at the time (Arroyo was signed exclusively to Discos Fuentes). The arrangement, by Enrique Aguilar, is also quite different from ‘Rebelión’ with an introduction that sounds inspired by Tite Curet Alonso’s composition ‘Plantación adentro’ (from “Willie Colon Presents Rubén Blades Metiendo Mano!”, 1977) but it contains all the elements of Joe’s later global smash with the exception of being rhythmically more of a cumbia than a salsa. At the time it was not promoted by Zeida as a hit, with only one 45 single being released from the album, featuring two songs by Colombian composers, ‘Hijo de gitana’ (a bouncy cumbia by Juvenal Viloria) and a smoking salsa version of Joaquín Bedoya’s ‘Déjala que se vaya’. Arroyo is said to have presented ‘El mulato’ to Fruko (his bandleader at the time), and it was recorded but was shelved due to a vocal take that Fruko deemed sub-par. When Arroyo left Fruko y sus Tesos and formed his own band, La Verdad, producer Isaac Villanueva looked through the Fuentes archives for material and stumbled on the original Fruko recording. Arroyo decided to re-record the whole song, changing the intro (to avoid any legal issues with Curet Alonso) and the title to clarify the main theme: the injustice of slavery and black resistance to it. And so, with Michi Sarmiento’s brilliant arrangement plus La Verdad’s modern reinterpretation of the nearly decade old tune, ‘Rebelión’ became a mega-hit even in Asia and Africa and Arroyo’s fame shot around the world and made him the international legend he remains to this day, eight years after his untimely demise. Besides the aforementioned ‘El mulato’, the title track ‘Soy la ley’ is a dance floor burner and comes from the pen of Joe Arroyo as well, as does ‘Mi cariño no espera’, which is another cumbia/salsa hybrid. To these ears, one of the voices singing coro (chorus) on the album sounds a lot like Joe Arroyo, who was Roberto’s friend from back in the early 70s when Arroyo sang with Colombia’s La Protesta. Aside from the Arroyo originals, there is the super hot guaguancó ‘Son Candela’ by the venerable Cuban singer/composer Joseíto Fernández, the guajira son ‘En la inmensa soledad’, made famous by Los Compadres, the upbeat sounding lament ‘Preso sin sentencia’, originally by Puerto Rican plenero and percussionist Rafael Ortiz Escuté (aka Joe Pappy), plus an absolutely burning version of Mexican crooner Armando Manzanero’s 1967 hit ‘Aquel señor’. The record is rounded out by the salsa tune ‘Si ella pregunta por mí’, which was covered in 1980 by Orquesta Borinquen."
19,90 €* 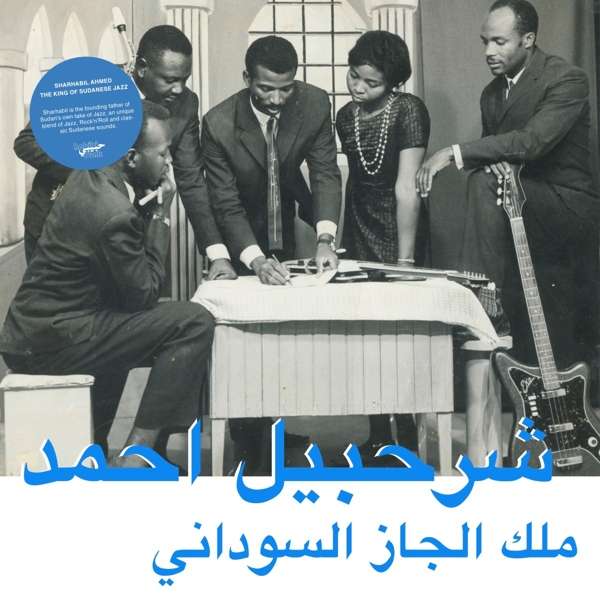 Sharhabil Ahmed - The King Of Sudanese Jazz (LP)
We're super happy to announce the release by Sharhabil Ahmed, the actual King of Sudanese Jazz (he actually won that title in a competition in the early 1970s). Sonically it sounds very different from what Jazz is understood to sound like outside of Sudan. It’s an incredible unique mix of rock’n’roll, funk, surf, traditional sudanese music and influences from Congolese sounds. Original copies of Sharhabil recordings are often hard to find, so we’re happy they will now be widely available. Sharhabil was born in 1935 and he is the founding father of the Sudanese Jazz scene. His aim was to modernize Sudanese music by bringing it together with western influences and instrumentation like he summarized it himself in a 2004 interview for „Al Ahram Weekly“: “[...]Haqiba music, you know, was traditional vocal music with little accompaniment beyond a tambourine. When our generation came in the 1960s, we came with a new style. It was a time of worldwide revolution in music. In Europe, the rhythms of swing and tango were being replaced by jazz, samba, rock- and-roll. We were influenced by this rejuvenation in Sudan, too. I started out by learning to play the oud and traditional Sudanese music, and got a diploma from the music institute of Khartoum University. But my ambition was to develop something new. For this, the guitar seemed like the best instrument. Western instruments can approximate the scales of Sudanese music very well. After all, a lot of Western music is originally from Africa. I have absorbed different influences, from traditional Sudanese rhythms to calypso and jazz, and I hold them together in my music with no difficulty.” Referring to its sonic apperance, Sudanese Jazz hasn’t too much in common with the western idea of Jazz. Sharhabil’s sound feels more like a unique combination of surf, rock n roll, funk, Congolese music and East African harmonies a.o. So it kind of made sense to me, while visiting him in Sudan, to see the records he kept over the years: 2 of his own and 2 by Mulatu Astatke signed to him, further proving the influence of Ethiopian and other neighboring countries. In fact, Sharhabil was not just one of many Sudanese Jazz artist. He is a king of Jazz, literally, since in he won a competion over other artists for that title.
22,90 €* 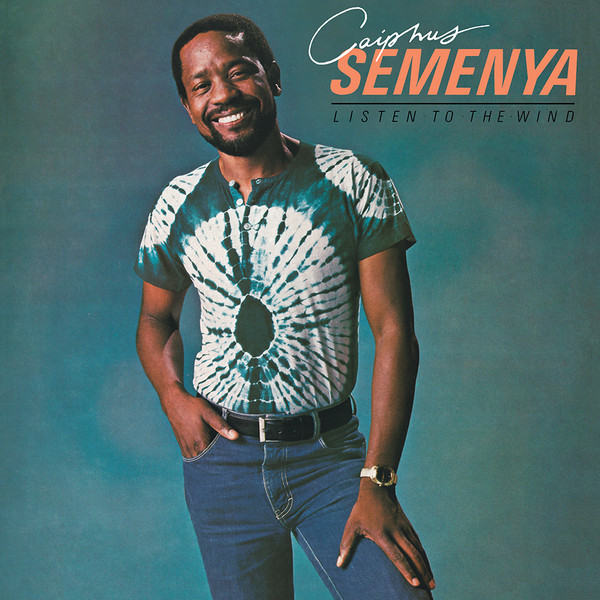 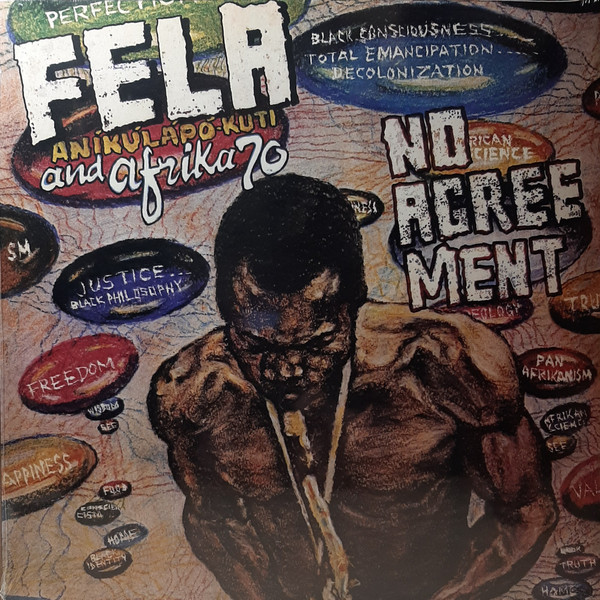 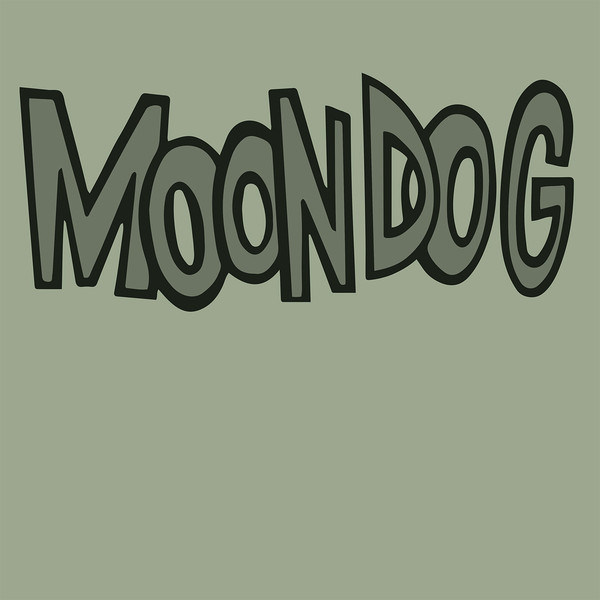 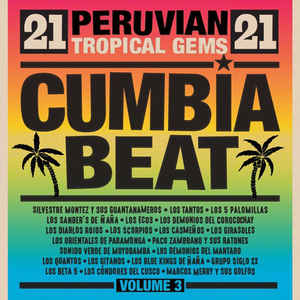 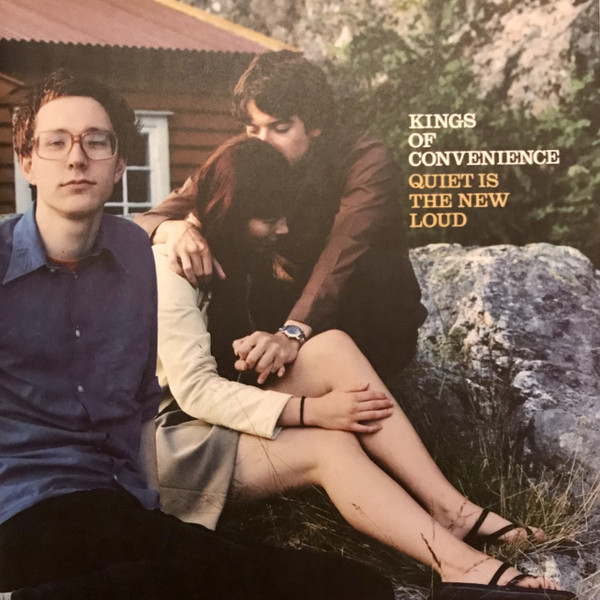 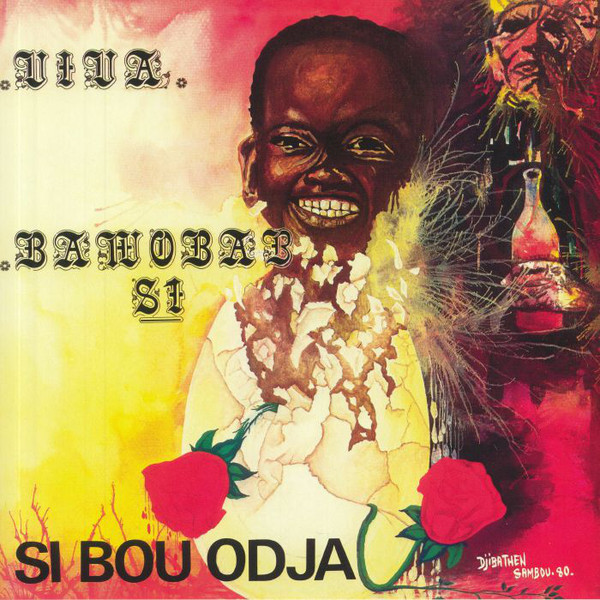 Baobab Gouye-Gui De Dakar ‎- Viva Bawobab S1-Si Bou Odja (LP)
In the same year, 1981, that Orchestra Baobab recorded their second album under the direction of budding young Senegalese producer, Ibrahima Sylla, the Japanese electronics company Sony, held a press conference in Vienna to announce their version of the Compact Disc. In attendance was Herbert von Karajan, conductor of the Berlin Philharmonic and the urban myth – albeit possibly true – that the maximum length of 74 minutes of music then available for a CD, was because this allowed the entire length of Karajan's recording of Beethoven's 9 th Symphony, to fit on one disc.Fast forward 12 years to London in 1993 and Sterns' release of Baobab's 'Bamba' CD which combined tracks from the two vinyl albums 'Mouhamadou Bamba' & 'Viva Bawobab S1/ Si Bou Odja', and Sterns had a problem. What tracks to keep, what to drop and once you'd decided that, how to fit them all onto a CD in under 74 minutes? The solution was to edit, primarily by fading early, one of the longest tracks of the selection.Accordingly the first track of this album, “Sibou Odia”, was reduced from 14'35” to 13'41” and, in most cases, none were the wiser as the suggestion to call the CD version an “Edit” had been dropped on the basis that nobody would believe a 13+ minutes track was an edit! Now of course, such restrictions don't exist and either via a repiication of its original format on vinyl, or through the digital medium, you can hear the full-length version as first intended.And it's fascinating, not just this track but the whole album. The band is young, energetic and confident of their abilities. In the 'missing' 66 seconds you hear them live, in the studio, working together to close what indeed was something of an epic performance. And it's not just the musicians who have greater confidence. The recording itself is more accomplished, better balanced. However effective the echoey ambiance of, for example, “Mouhamadou Bamba” was on the first album, you don't find the same tricks here. They're not needed. Instead the core unit of bass, drums and guitar, ably abetted by more percussion, a second guitar and on-the-button horns, provide a solid foundation from which the five vocalists and featured instrumentalists can launch and then soar. creditsreleased November 20, 2020
28,90 €* 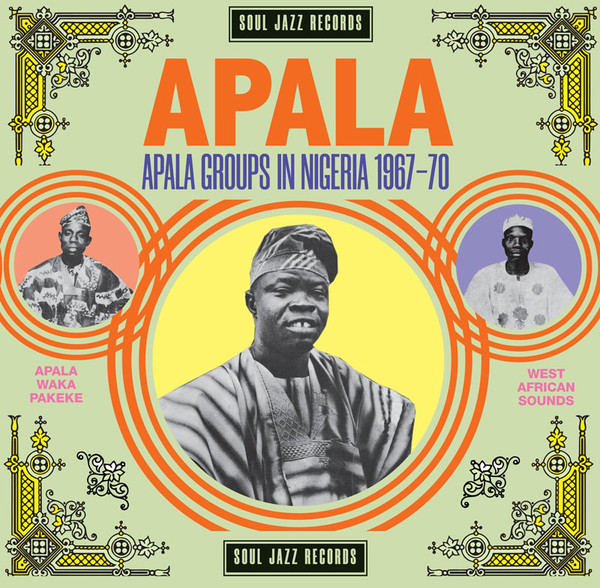 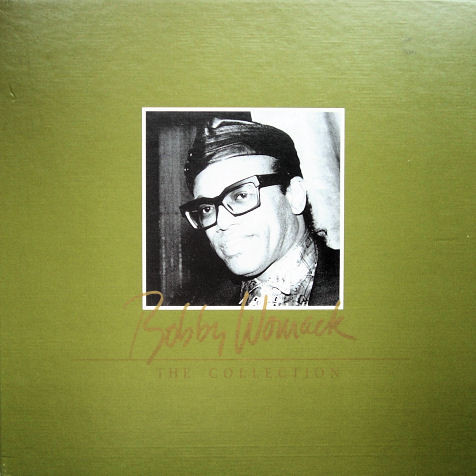 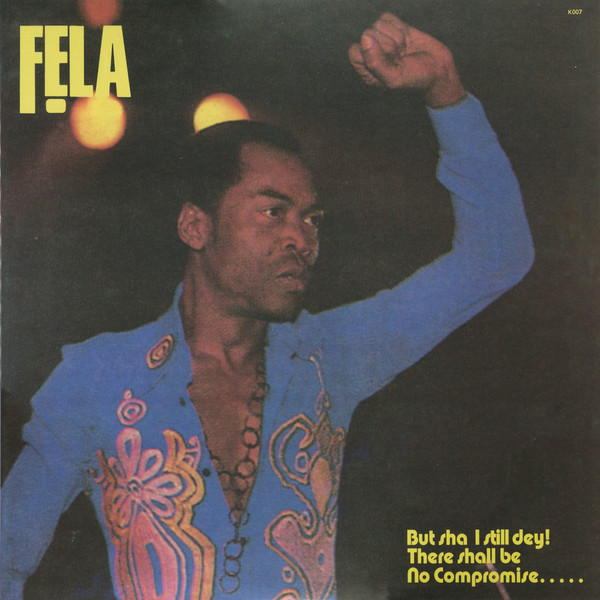 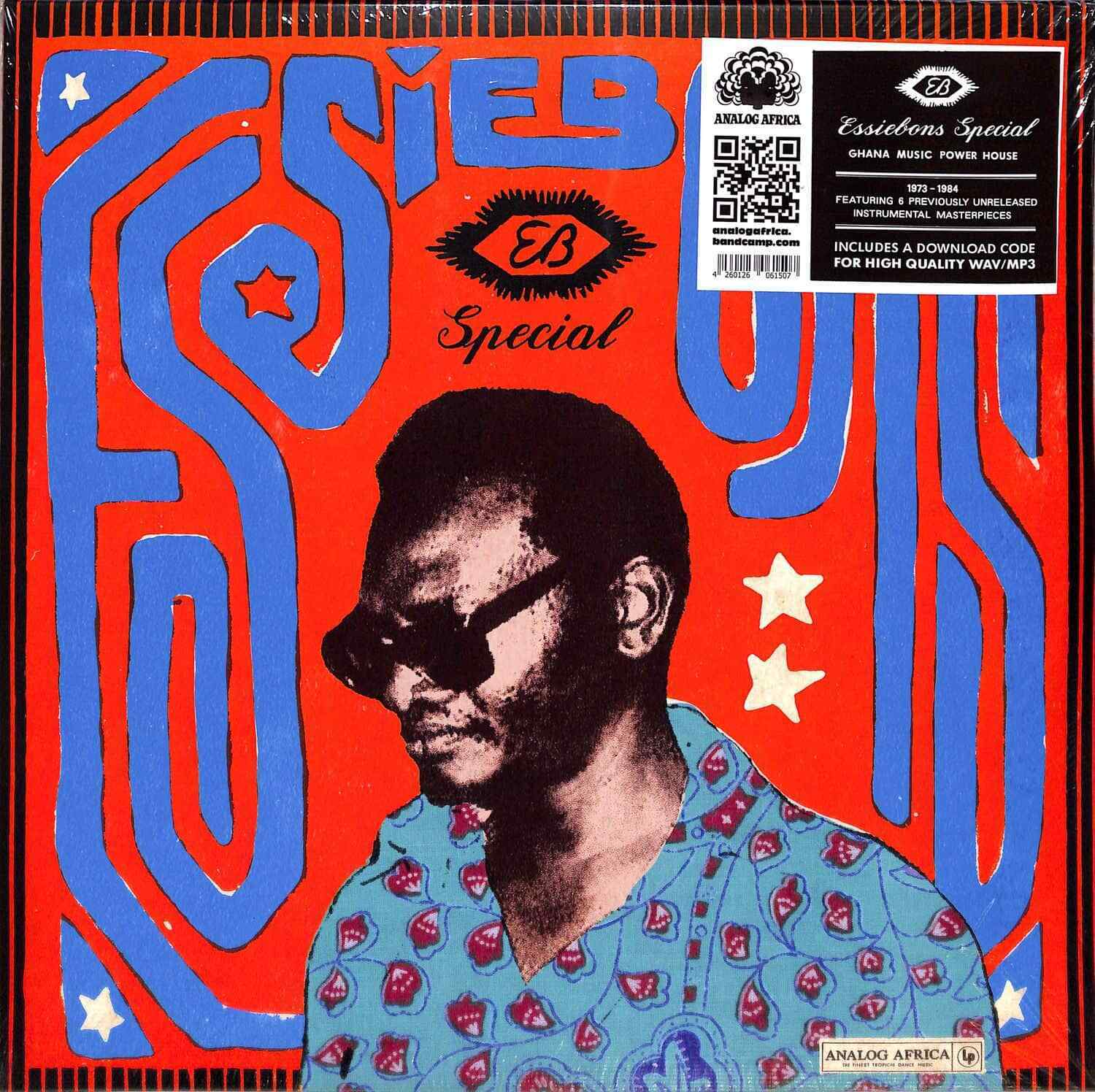 VA - Essiebons Special 1973 - 1984 (LP)
Dick Essilfie-Bondzie was all ready for his 90th birthday party when the Covid pandemic hit. The legendary producer, businessman and founder of Ghana’s mighty Essiebons label had invited all his family and friends to the event and it was the disappointment at having to postpone that prompted Analog Africa founder Samy Ben Redjeb to propose a new compilation celebrating his contributions to the world of West African music. For most of the 1970s Essilfie-Bondzie’s Dix and Essiebons labels were synonymous with the best in modern highlife, and his roster was a who’s-who of highlife legends. C.K. Mann, Gyedu Blay Ambolley, Kofi Papa Yankson, Ernest Honny, Rob ‘Roy’ Raindorf and Ebo Taylor all released some of their greatest music under the Essiebons banner. Yet Essilfie-Bondzie had been destined for a very different career. Born in Apam and raised in Accra, he was sent to business school in London at the age of 20, and returned to the security of a government job in Ghana. But his passion for music, inspired by the sounds of Accra’s highlife scene, had never left him, and in 1967 he figured out a way of combining music and business by opening West Africa’s first record pressing plant. The venture, a partnership with the Philips label, was a huge success, attracting business from all over the continent. By the early 1970s Essilfie-Bondzie had left his government job to concentrate on his labels, and by the mid-seventies he was on a hot streak injecting album after album of restless highlife into the bloodstream of the Ghanaian music scene. Essiebons Special features a selection of obscure workouts from some of the label’s heaviest hitters. But in the course of digitising his vast archive of master tapes, Essilfie-Bondzie found a number of Afrobeat and Instrumental maszterpieces tracks from the label’s mid-70s golden age that, for one reason or another, had never been released. Those songs are included here for the first time. Sadly Essilfie-Bondzie passed away before the compilation was finished. But his legacy lives on in the extraordinary music that he gave to the world in his lifetime. Download for LP from Bandcamp also includes unlimited streaming of *Essiebons Special 1973 - 1984 - Ghana Music Power House* via the free Bandcamp app along with high-quality download in MP3, FLAC and more Double LP pressed on 140g virgin vinyl comes with a full color 12-pages booklet
34,90 €* 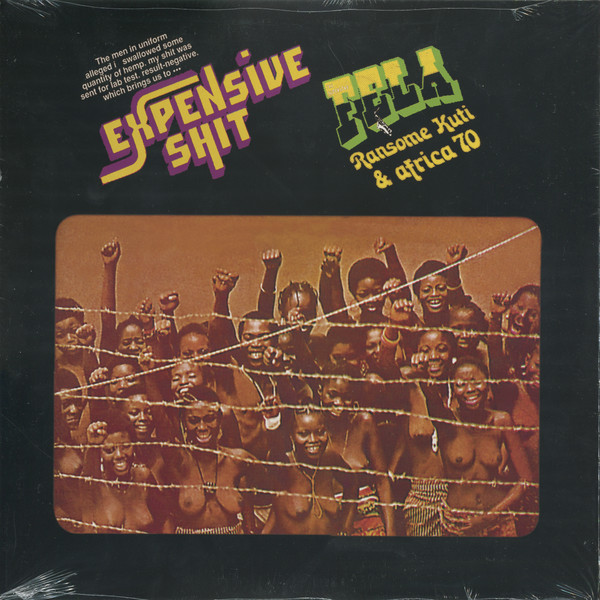 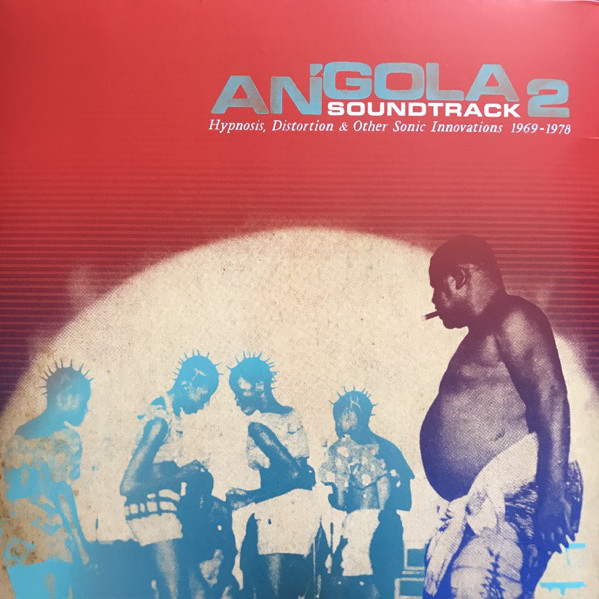