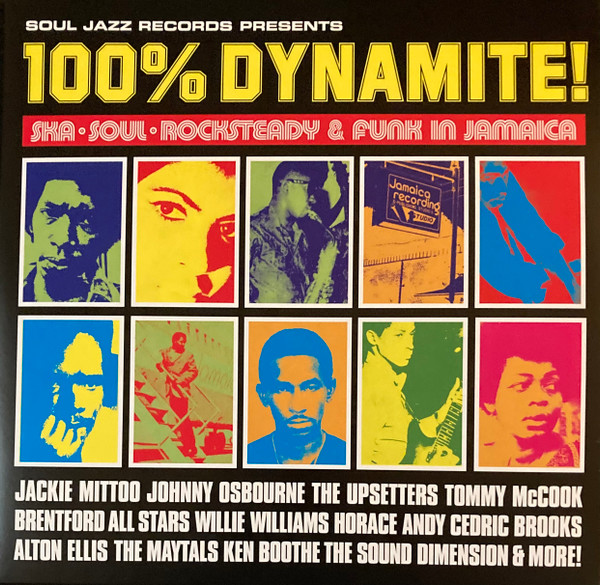 VA – 100% Dynamite! (DOLP)
RSD 2022 Soul Jazz Records Presents/Various - 100% Dynamite! – Yellow Colored new one-off limited-edition special edition yellow coloured vinyl pressing of Soul Jazz Records’ seminal reggae meets funk and soul collection.  100% Dynamite explores the links between Reggae, Jazz, Funk and Soul. The album is jam-packed with Reggae tunes that have crossed-over and become cult dancefloor hits in clubland such as >Greedy G<, >Rocksteady< and >Granny Scratch Scratch<. Fourteen tracks of music that show the influence that American Jazz, Funk and Soul music has had on Jamaican Reggae. The proximity of the West Indies to the USA meant that many Jamaican musicians would continue to be influenced by American styles of music whilst at the same time continuing to define new styles of their own such as Ska, Rocksteady and Dub.
34,90 €* 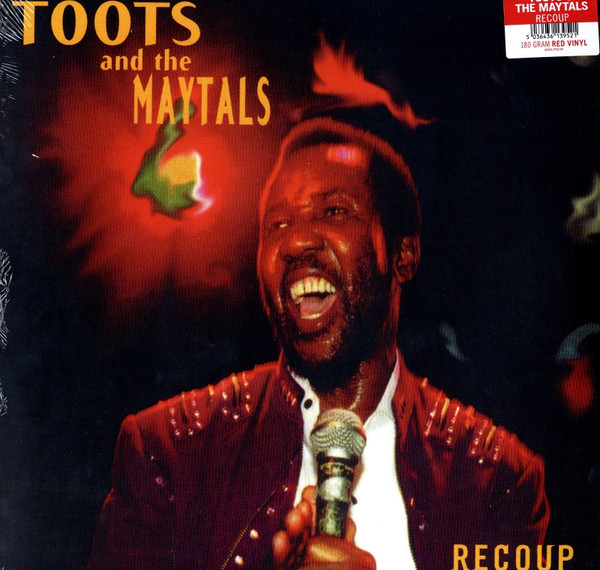 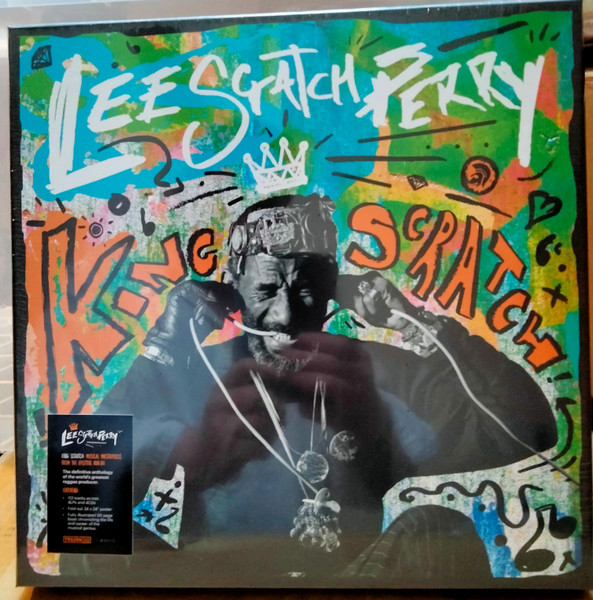 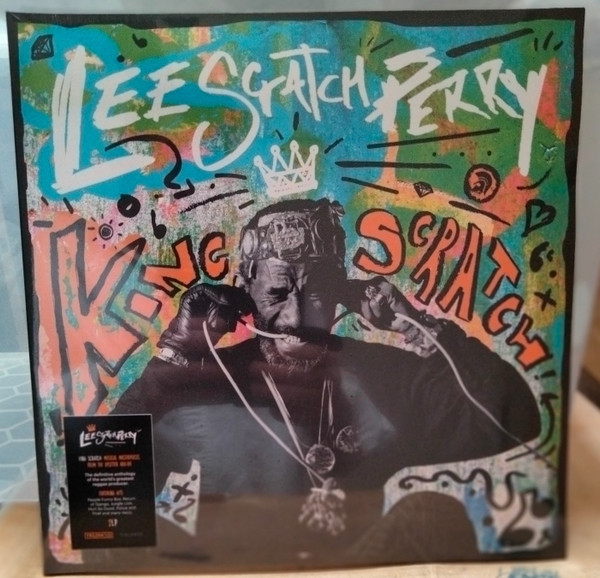 Lee Scratch Perry – King Scratch (Musical Masterpieces from the Upsetter Ark-ive) (DOLP)
Arguably the greatest Jamaican record producer of all time, Lee "Scratch" Perry was instrumental in transforming the island's national sound throughout the sixties and seventies with his unique approach to music making, pushing the music beyond previously perceived boundaries. To mark the first anniversary of his passing, the very best of his work is showcased across a number of products, all of which effectively demonstrate why Perry was a widely venerated figure for so long. The 2x gatefold LP set collection focuses upon the legendary music maker's best-known productions from the sixties and seventies, performed by some of the giants of Jamaican music, with both extensive notes on the man whose talent and imagination took reggae to new heights of excellence.
35,90 €* 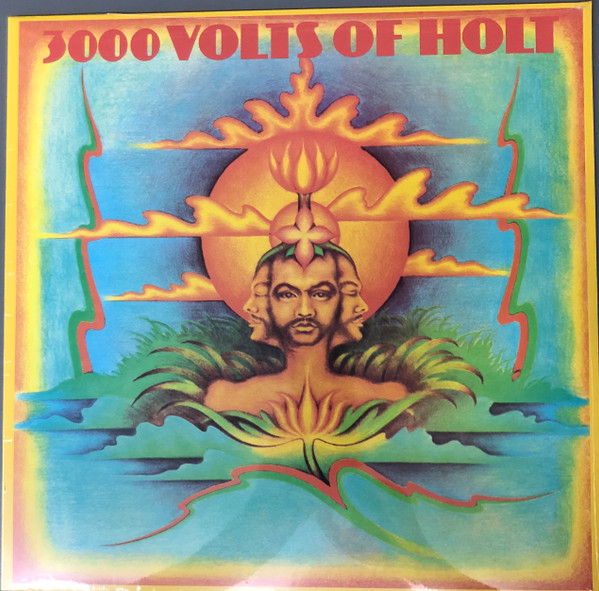 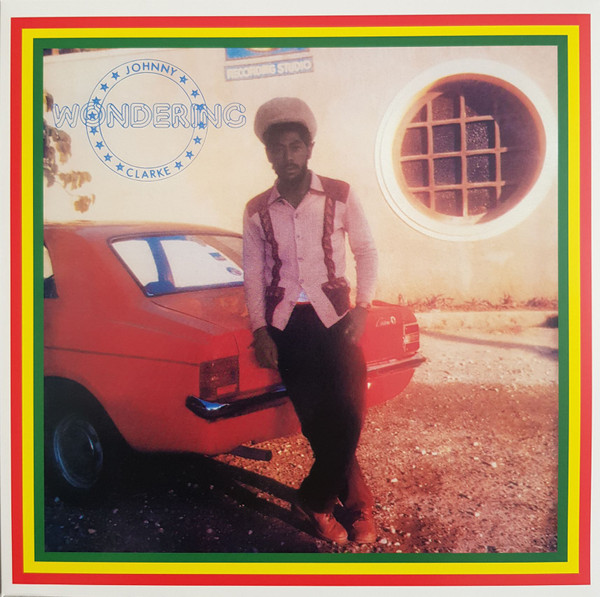 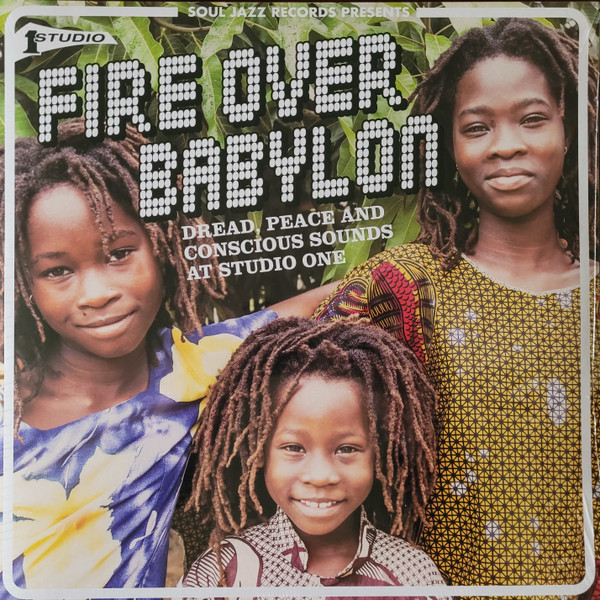 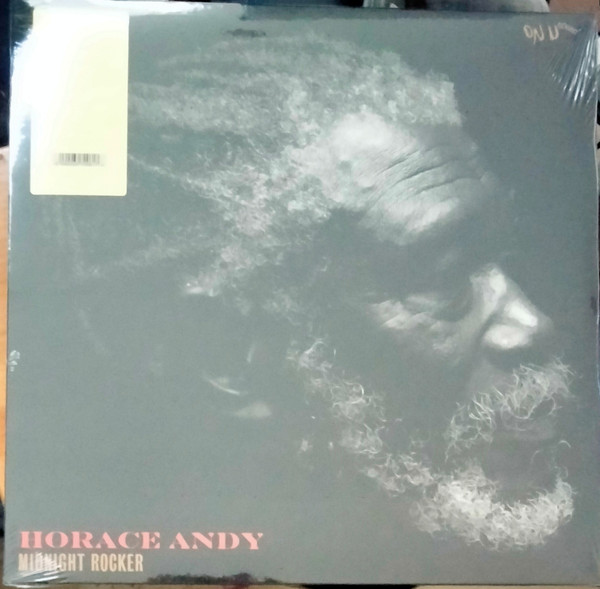 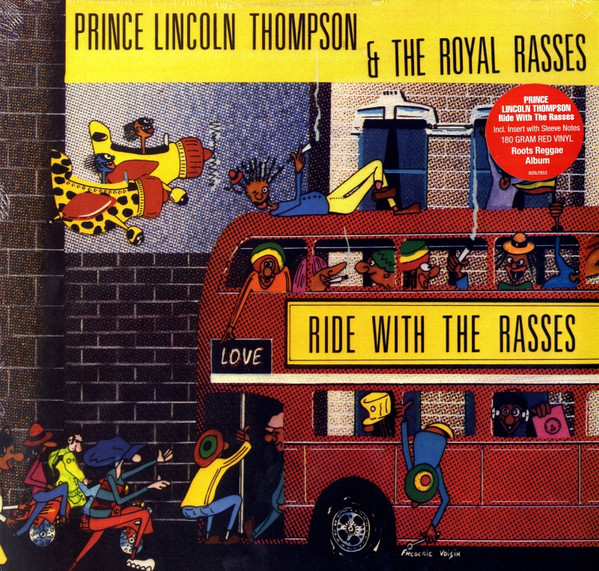 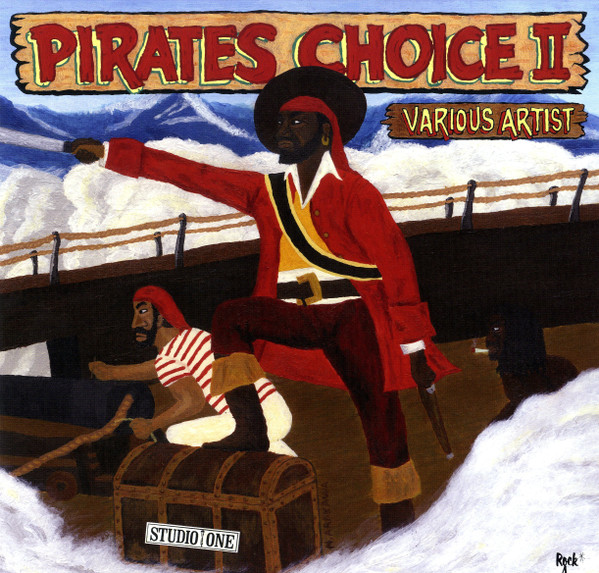 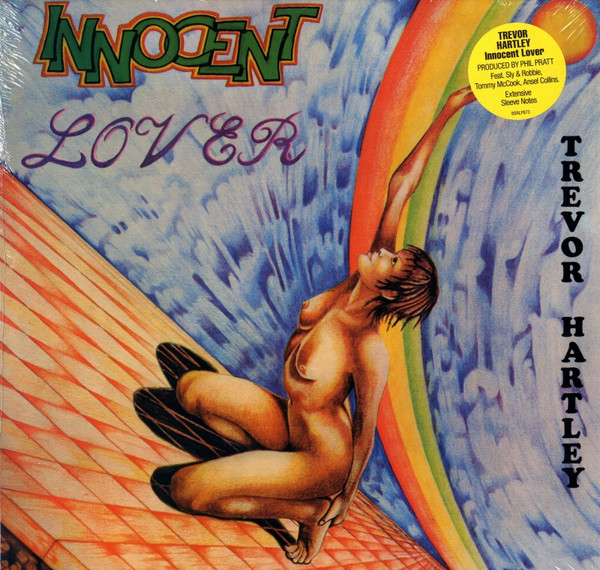 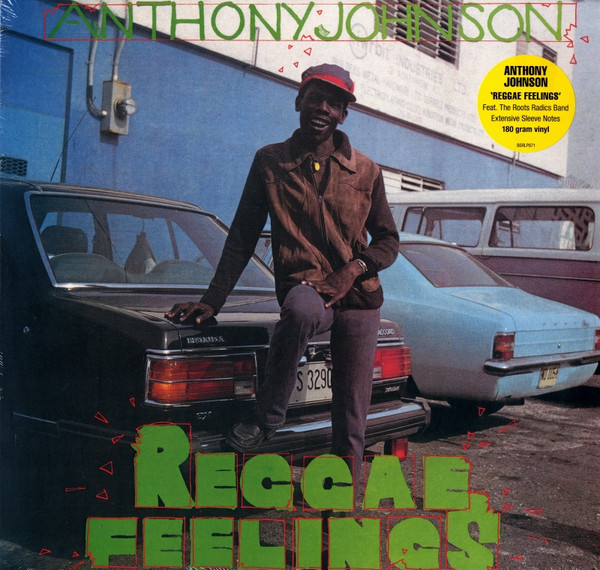 Anthony Johnson – Reggae Feelings (LP)
The producer for the album, deejay turned record producer, Jah Thomas also recorded two songs which were critical to the development of the dancehall style: Triston Palma’s ‘Entertainment’ in 1981, a cut of ‘Heavenless’, and ‘Gunshot’ by Anthony Johnson.Born in Kingston, Jamaica 25th December 1957 Roy Anthony Johnson grew up in the notorious Trench Town ghetto where, inspired by local vocalists, Dennis Brown, Alton Ellis & John Holt, he made his debut recording ‘Free Black Man’ for Bunny ‘Striker’ Lee which remained unreleased.He went on to record with Jo Jo Hookim at Channel One before becoming a member of the Mystic I vocal trio alongside Les Clarke and Balvin Fials, who released the ‘Mysterious’ album, produced by Linval Thompson, on Burning Sounds ‘Reggae Feelings’ is a reminder of the continuing relevance of the dancehall style. Rough, raw and rugged they represent the real authentic sound of young Jamaica from over thirty years ago when the youths “forgot their troubles and danced”.
26,90 €* 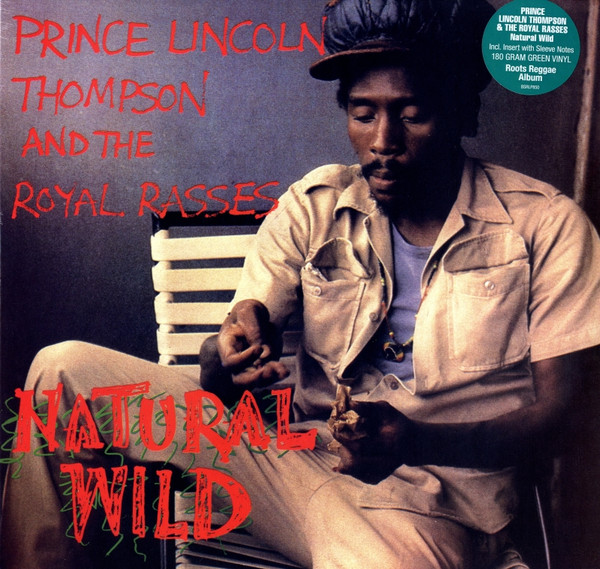 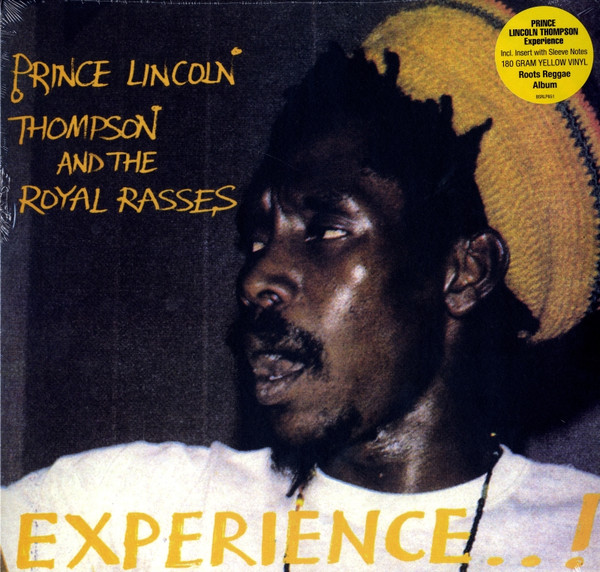 Prince Lincoln Thompson, The Royal Rasses – Experience..! (LP)
180 gram yellow vinyl LP Sax player Prince Lincoln Thompson and his Royal Rasses - Keith Perkins (aka Cap) and Clinton Hall (aka Johnny Kool) - joined forces for this one in 1979. It's a definitive roots and reggae album with perfectly horizontal sound and deep cut grooves into which you can sink over and over again. The lyrics touch on standard reggae fair - love, jah, pain - and are effortlessly smooth and seductive over the organic, jumbled rhythms, The reissue has extensive sleeve notes and comes on yellow vinyl with engineering and mixing at Harry J. Studio.
25,90 €* 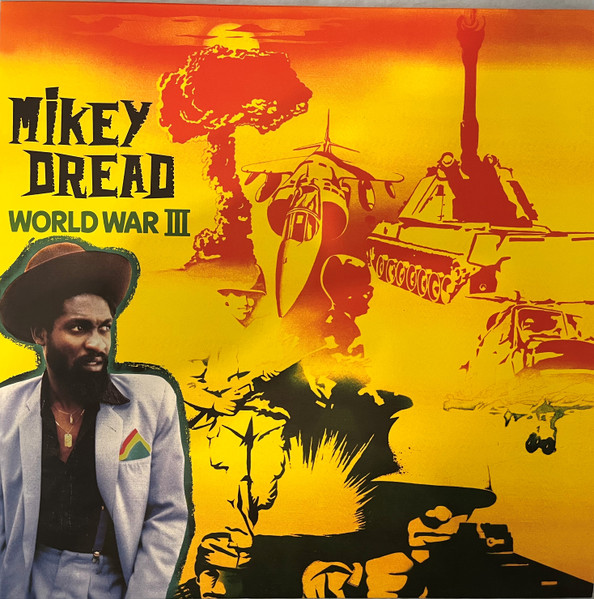 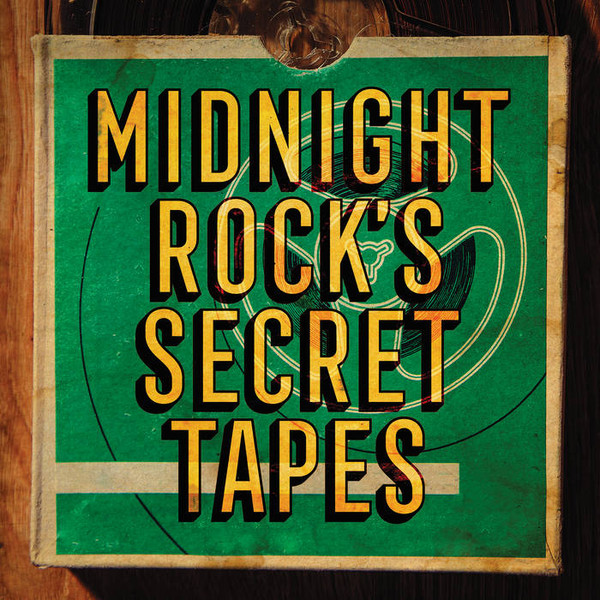 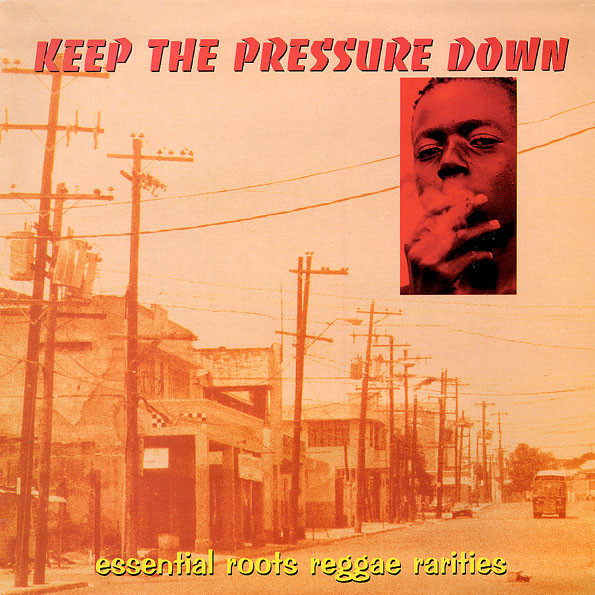 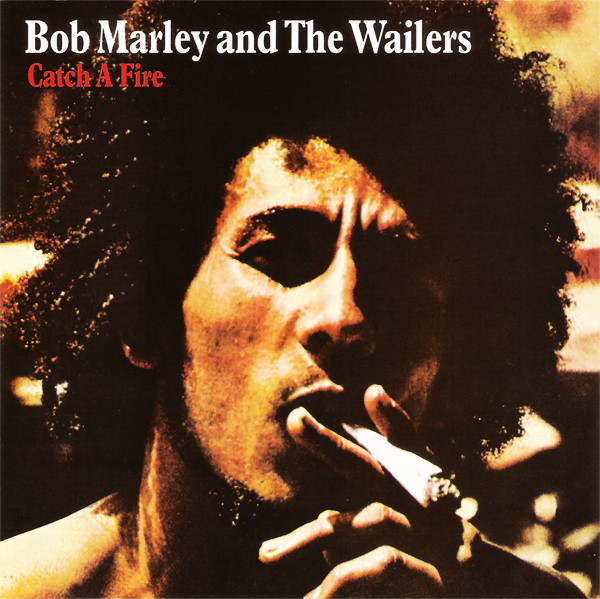 Bob Marley & The Wailers - Catch A Fire (LP)
includes a vaucher to download Mp3 version of this album
22,90 €* 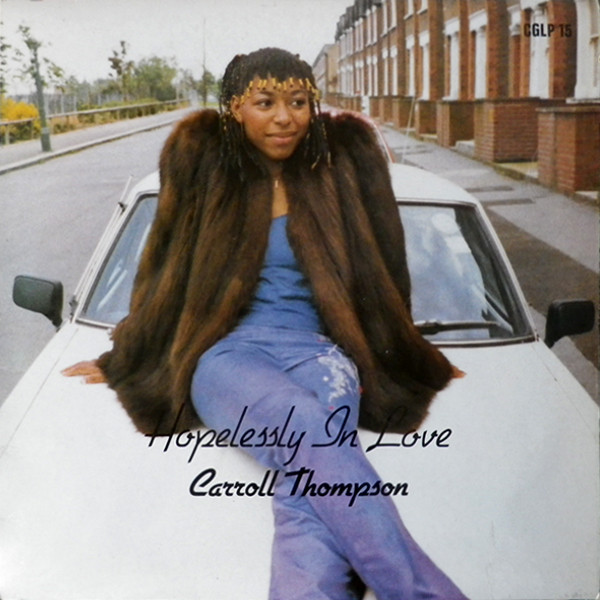 Carroll Thompson ‎– Hopelessly In Love (LP)
Originally released in 1981, the same year as Louisa Mark’s equally classic debut album, Breakout, these two albums became acknowledged reggae classics almost overnight, and the benchmarks on which all other Lovers Rock albums were measures.Thompson had enjoyed early success with the Leonard Chin-produced singles I’m So Sorry and Simply In Love, which rose to the top of the reggae charts in 1981. The same year Thompson released the album Hopelessly in Love, through her own production company. The cover design, featuring a classic snapshot of Thompson sitting on a car bonnet in Harlesden, north-west London, came to epitomise Lovers Rock style and attitude.The album itself was a huge commercial success at the time of release with worldwide sales of over half a million copies. It is released here in full original artwork and tracklisting.
29,90 €* 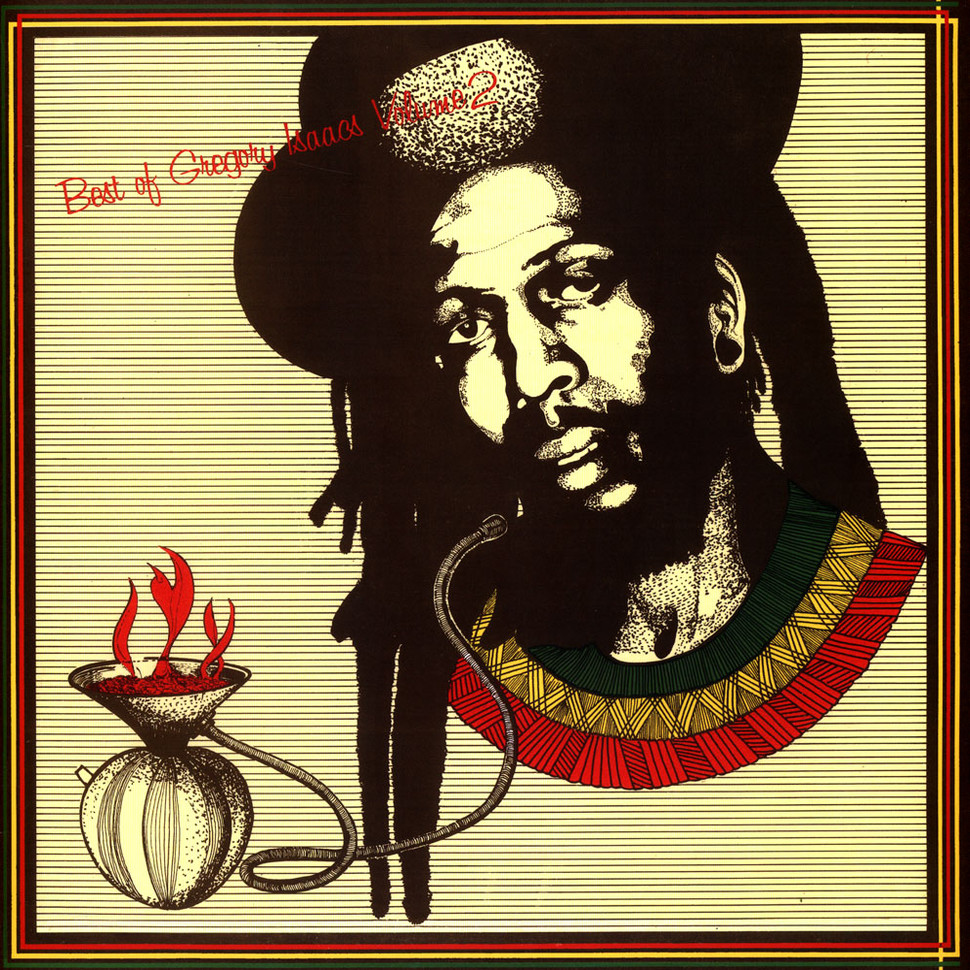 Gregory Isaacs ‎- The Best Of Gregory Isaacs Volume 2 (LP)
Not a compilation, this album consisting half of originals and half remakes of older material was produced by Alvin Ranglin, recorded at Channel One Recording Studio with The Revolutionaries ca. 1977 and barring a few 45's (Jailer, Border) first released in 1981
17,90 €* 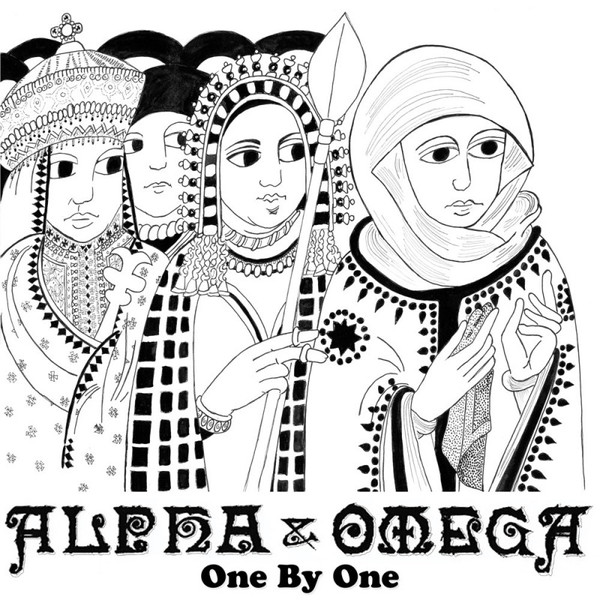 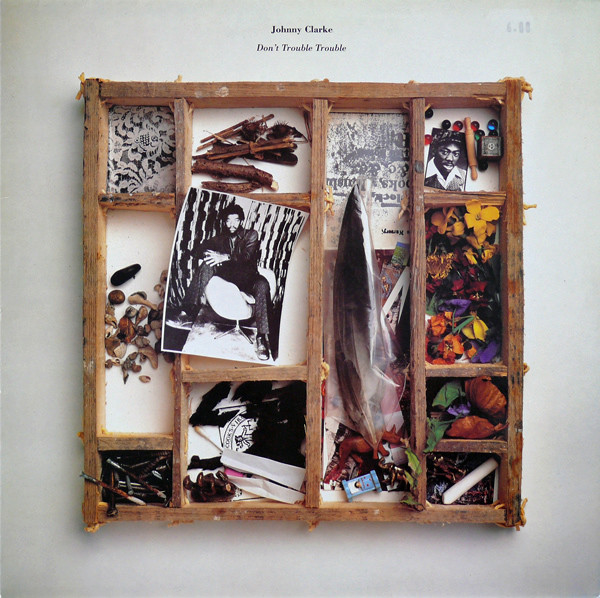